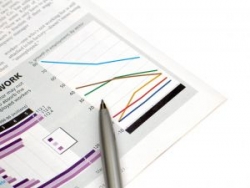 However the statistics that he has presented reflect the very opposite:

Estimate show that paper consumption has trebled during the last thirty years, and given the present trends, it is likely to double by 2010 that is a big cause of concerns because it is linked with seismic environmental problems, from deforestation through industrial pollution to waste.

There can be many reasons for this increase in paper consumption. It could well be argued that the world population has increased and that is the chief cause of this increasing demand for paper.

But the fact remains that there no reduction in the demand for printers. A significant portion of the paper consumed is used to print out information stored by computers. The reality is that despite the prevalence of computers, paper consumption is still high and so is the demand for complimentary products like printers and photocopiers.

The reasons for this are simple. Paper is the most portable, cheap and easy to use medium for storing data.

Nevertheless things are beginning to change. Paper consumption could have been higher still if not for web publishing.

Google and other search engines claim to have indexed billions of web pages. More and more information is now originating in digital form. Large websites like microsoft.com have millions of indexed pages. And all of this information is used by millions of people. This is a significant amount of information that would otherwise have been printed on paper.

However the power consumption of computers also has an impact on the environment. Fossil fuel powered power stations contribute to global warming too. So that adds another side to this discussion.

I think the only thing that could greatly lower paper consumption in an environmentally friendly way would be some kind of electronic paper that would be portable and cheap. Barring a major invention like that paper will remain the data storage medium of choice for most people.